Saul Indian Horse’s story is one that needs to be shared with all Canadians – settler and Indigenous people alike. The story is one of loss and fear, but also one of hope and resilience.

The story takes place in late 1950s Ontario, where eight-year-old Saul Indian Horse is torn from his Ojibway family and committed to one of Canada’s notorious Catholic Residential Schools. In this oppressive environment, Saul is denied the freedom to speak his language or embrace his Indigenous culture and he witnesses and experiences all kinds of abuse at the hands of the very people who were entrusted with his care. Despite this, Saul finds salvation in the unlikeliest of places and the most favourite of Canadian pastimes — hockey. Fascinated by the game, he secretly teaches himself how to play, and develops a unique and rare skill. It’s as if he has eyes in the back of his head and can see the game in a way no other player can.

Saul’s talent leads him away from the misery of the Residential School to a Northern Ontario Indigenous league and eventually to the pros – but the terrors of Saul’s past seem to follow him. Forced to confront painful memories and revelations, he draws on the strength of his ancestors and the understanding of his friends to gain the compassion he sorely needs to begin healing.

Saul Indian Horse’s story is one that needs to be shared with all Canadians – settler and Indigenous people alike. The story is one of loss and fear, but also one of hope and resilience. Indian Horse dramatically brings the dark history of Canada to the big screen and in the process tells a universal story of hope. 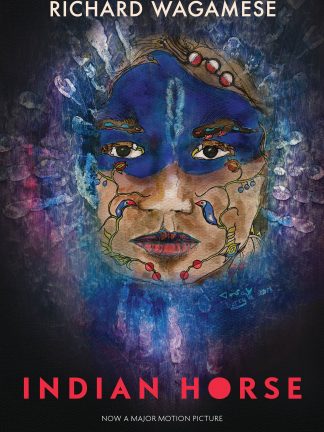